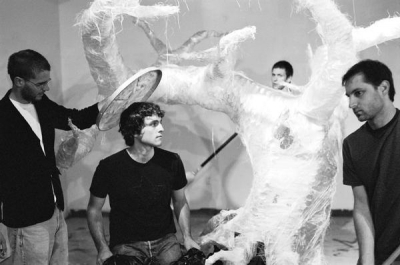 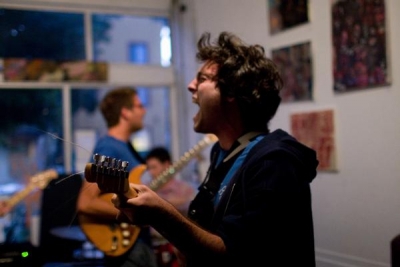 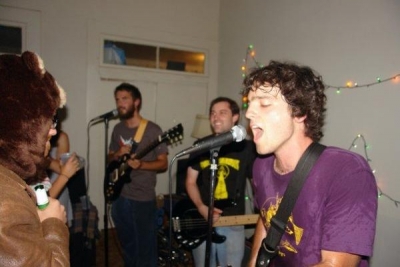 MAN/MIRACLE is a group from Oakland, California, formed by childhood friends Tyler Corelitz and Dylan Travis in the winter of 2006 with Ian Benedetti and Brian Kennedy in Santa Cruz, California. The guitar based four-piece treads the fine line between pop and noise, gorgeous melody and abrasive, aggressive walls of sound, all tempered by Corelitz’s innate and eclectic rhythmic ear. These tendencies are evidenced on their brand-new 7” single, “PUSHING AND SHOVING/YOU’VE GOT A HOLD ON ME.” Self-recorded, released, and produced by longtime friends and musical collaborators, the two songs are the perfect entry point for new listeners to the band: at turns raw, catchy, literate and bizarre, they are testament to the group’s refusal to be pigeonholed. Man/Miracle has preferred to remain discreet with their recorded output, releasing only very limited runs of their first (now sold out) EP. Fortunately, this means an increased focus on perfecting their live shows, which have become renowned in the Bay Area for their unhinged energy and cathartic chaos. With the release of the Pushing and Shoving 7” and an EP in the works with Oakland-based producer and engineer Eli Crews (Beulah, Deerhoof, Why?), Man/Miracle is finally poised to deliver their unique sound to the world outside of the Bay.

MAN/MIRACLE has shared the stage with: HEALTH, The Trainwreck Riders, Port O’Brien, The Airborne Toxic Event, The Virgins, KIT, Giraffes? Giraffes!, Sleepy Sun, Jail Weddings, The Shaky Hands, and many other excellent bands 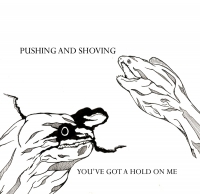