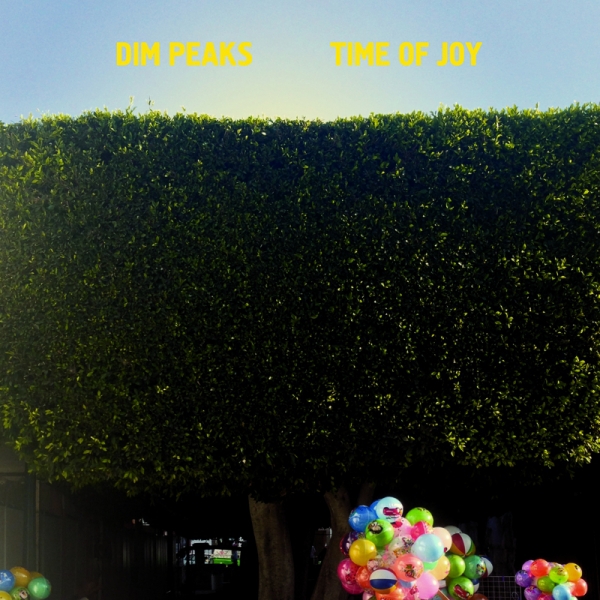 Time of Joy evokes a place: trails worn deep by quiet guitars, whispers in the ear at dusk, beers on summer waters, the anticipation of new beginnings, light and heavy moments in an expanse of California sun and unexpected storms. There is a natural ease to the way the songs spill out and flood the room. Listeners be warned: you may see yourself within this album crying happily into your reflection.

Dim Peaks is a California-based band led by guitarist/vocalist Niilo Smeds with Russell Higbee (keyboards), Dylan Tidyman-Jones (bass) and Tomas Galvan (drums). Time of Joy was recorded in semi-sporadic sessions over the course of a year by Rob Jackson at Sharkbite Studios in Oakland CA. Overdubs and final mixes were done by Smeds at home, and the results were mastered by Paul Oldham.

iTunes
Amazon
Spotify
Bandcamp
(and many other fine digital retailers)

"Even though I’m always desperately hugging onto everything summer related as August becomes September, I also tend to look forward to Fall albums… the sparse, folksy, contemplative ones that echo summer’s warmth while embracing the seasonal change reflected in themes like “growth,” “discovery,” and “regeneration.” You know the ones. California’s Dim Peaks have produced my first go-to fall album, Time of Joy, an often ambitious debut whose sleepiness and ornamental simplicity belie its true eccentricities and endearing complexities. Songs usually begin slowly, like on the album’s second single, “Slumberland,” but end up far, far down the rabbit hole." - I Guess I'm Floating

"The immediacy of recording an album that focuses primarily on intimate sounds is, I think, a huge advantage that this music has over so many others." - Quartertonality (full album review)

"I really love the sound that Dim Peaks has on this record. It reminds me of the Silver Jews a little, whom I love. It also would fit nicely along the latest album from Case Studies release on Sacred Bones a few months back. Well and lastly I could see it hanging out with some Bill Callahan / Smog albums. Essentially all great things. You’re gonna like it." - Sly Vinyl

"It is a sweetly melodic blend of Americana that is effortlessly evocative: trails worn deep by quiet guitars, whispers in the ear at dusk, beers on summer waters, the anticipation of new beginnings, light and heavy moments in an expanse of sun and unexpected storms. The songs seem to gently fill the room, but they’re not just mere patsies – the lyrics are literate and smart and most definitely have something thoughtful and important to impart, often through some quietly devastating couplets." - The Mad Mackerel

"The title is fitting for their style of friendly indie pop, perhaps this marks the beginning of a new California sound." - Record Crack

"(A) timeless slice of laid-back Americana that drifts along like the sweetest of winds that we assume you only ever find in Cali." - Gold Flake Paint

"(A) nice dosage of the folk sound, while not going too far into the genre. I’m not sure whether the instrumentation or the vocals got to me, but regardless, I got sucked into the band." - Austin Town Hall

"(A) delightful slice of folk infused Americana. It may be laid back in sound but it isn’t lacking in substance or style. Vocalist Niilo Smeds gives us fleeting moments of Lou Reed in his style and intonation while the guitar dances an intricate dance barefoot across the grass, through streams and amongst corn fields." - Alphabet Bands

"Dim Peaks have a great talent for composing delicate psych infused folk-pop rooted deep in Californian flower-power tradition. The quartet’s second single titled “Slumberland” is a soaring beauty with timeless appeal. The voice of Niilo Smeds echoes Lou Reed, while drifting gently along light touches of acoustics. Bit by bit, layers of drum, organs and keyboards are added, making “Slumberland” stumble a bit further down the rabbit hole. There is subtle melancholia present; the wistfulness of summers end, a farewell to a loved one or reminiscing with an old friend over past times, all while bathing in red-painted Californian skies." - I Found Music

"In these Rayna James inspired times - with flannel shirts and broad Texan accents firmly back on the agenda - a re-imagining of what we once, half-embarrassed, called Alt.Country seems way overdue. This, from the ever spot-on Gold Robot Records, seems a mighty fine starting point. It may lack the raw, wounded, gravitas of the genre's mountain fuckers, but by recalling the lyrical dexterity of Malkmus and the beaten-up world weariness of Grandaddy, 'Time of Joy' proves an affecting, stirring record, gently imbued with a cold-beer-on-wooden-porch beauty, and with just a touch more edge than 'Boys and Buses'." - London in Stereo Magazine

"It has been beautifully crafted and constructed for our listening pleasure, and it is a pleasure. Listening to Time Of Joy is like laying back on a hammock made of clouds, sunshine on your face, gently swaying from side to side as the cool summer breeze gently nudges you along, and who doesn’t want to do that?" - Alphabet Bands [full review]

"Dim Peaks, the new incarnation of somber-troubador Niilo Smeds music, is deceptively, almost gleefully simple. Built almost entirely on the simple strum of the guitar and the resonating timbre of Smeds voice, the songs, initially, don’t seem to take up a huge amount of space in your sonic memory. Instead the songs wile themselves in to the dusty corners, the dust-moted streaks of sunshine, the tiny room at the top of the stairs you might find yourself lingering about one musty summer afternoon. This is the dark side of your friend at a campfire, guitar in hand, a few drinks looser than they might need to be. Dim Peaks is exactly what I want hear from a guy, a guitar, and some gorgeous lyrics – soulful, attractive music, unfettered by pretentious noodling. With the backing of former The Mallard member Dylan Tidyman-Jones (who recently released his own solo album as FRONDS), there’s a thick, palpable feeling to this music, but it never feels false or put-upon. Simply stated, Niilo Smeds and Dim Peaks are something to keep an eye on." - Side One Track One

"Dim Peaks is a four-piece band out of California. They play a smooth, quiet style of indie rock that is instantly captivating. Check out “Reason” (below), the combination of Niilo Smeds dry vocals and the tinny sounds coming from his guitar, make the song one of the standout tracks on the album." - 3hive 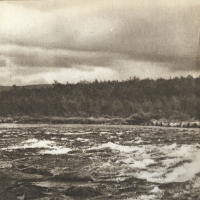 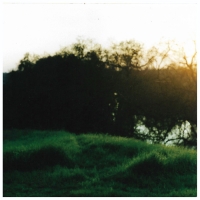 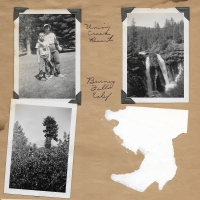 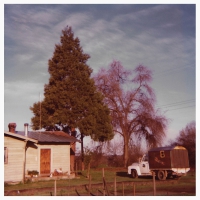 Once You Were A Baby